ASA Entertainment and the Metal Mulisha have teamed up again to bring the high flying, back-flipping world of Freestyle Motocross to the LA County Fair for the 11th consecutive year.  The event features the biggest names in FMX competing in a series of unique double elimination head-to-head battles for the event title. 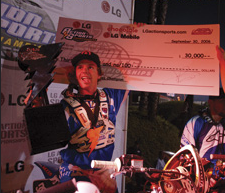